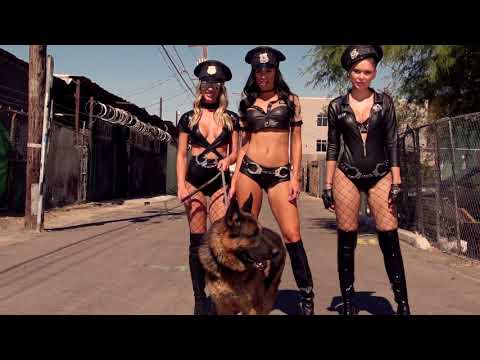 When we were kids, my little brother died on Halloween. He's come back to visit me every year since his death.

How to make Cyberpunk a better game than it already is

TLDR: Scroll to the end
What other people think we want
What we really want

I had the strangest dream.

The other night I dreamt that I was a in a combination of the last 4 houses I've lived in. In this dream I was waiting for my mother to finish up in the bathroom, I think it was Halloween and we were about to go do something. When all of a sudden I'm outside the house on the street. I saw a bunch of people wearing animal costumes, kind of like fursuits.
I then somehow end up back inside but this time I'm naked and the bathroom is empty. A bunch of girls barge into my house wearing fursuits, at that point I remember feeling terrified because I'm naked so I run down the hallway being chased by one of them. The dream cuts to me with the girl that chased me trying to get my mother's attention. My mother is in what I assume is her bedroom but there are two locked doors with windows blocking the way.
The girl and I leave the house to catch up with the rest of the girls in animal costumes and then the dream cuts to us outside of what looks like a dilapidated parking garage stairway with no building surrounding it. We go down the stairs which lead to some sort of weird sewer looking room. I fall off of the broken catwalk down into the water where everyone else is. There is a scissor lift next to where I fell which I for some reason decided to use. The scissor lift would go up slowly about 20 feet and then suddenly drop at a terrifying speed.
On the wall is what looks like prerequisites for some sort of survival game. I cant remember them all but one of them was lasting for 30 days, there were no rewards for winning. The dream cuts to me looking for the group I was with and I remember feeling extreme dread. I see a glimpse of one of them on a ledge so I pull myself up on it enough to see on top. I see the group up there leaving the sewer room, for some reason I felt like they didn't want anything to do with me so I go the other way, climb up the catwalk and leave the sewer room.
I take one last look at the stairway considering going back down and catching up with them but I started to feel an intense fear looking at the stairs so I turn to leave when I noticed everything is covered in a dense black fog, I can't see more than maybe 6'0" in front of me. I then black out and wake up with a box of beer right outside of a prison on top of a huge cliff. The environment around the prison looks like the bike trail in my town merged with the highway that goes toward the casino in Lewiston, Idaho. I see an enormous theme park with a Faris wheel and a lot of lights on the other side of the highway. I painstakingly push the box of beer through the unfenced prison yard when I hear a female voice say over an intercom that I'm on private property and need to leave. The dream ends as soon as I get passed the prison yard.
Sorry about the formatting.

4 years of hell: my story